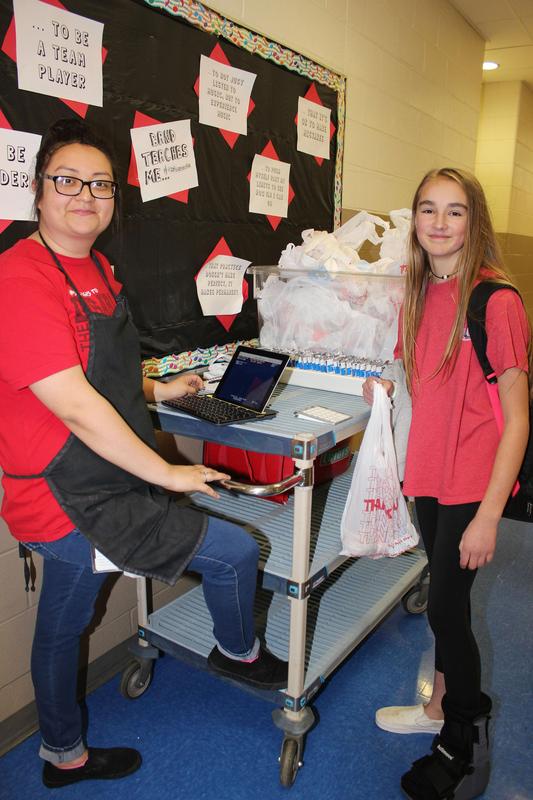 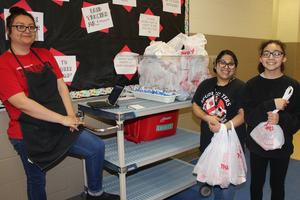 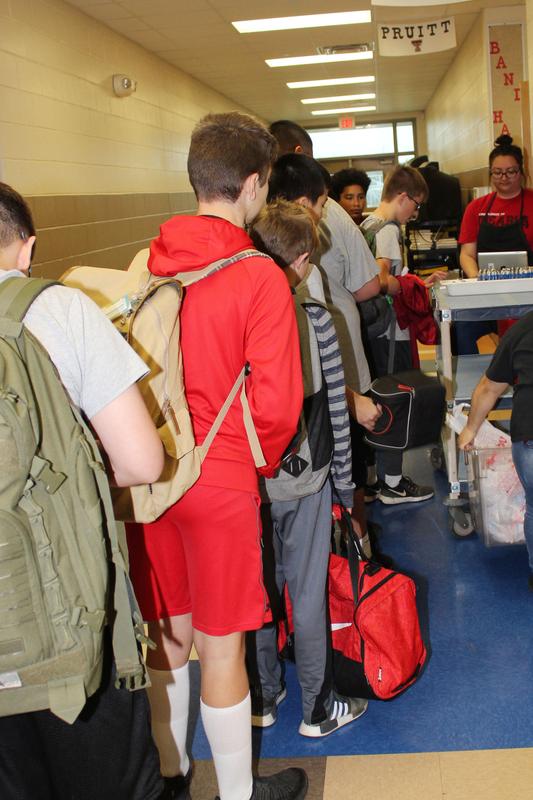 Remember the old adage that breakfast is the most important meal of the day? Comal ISD gives students two opportunities to have a nutritious breakfast every day they attend school.

What began as a pilot program seven years ago at Canyon High School has become an integral part of many students lives – especially when it comes to their stomachs. The Second Chance Breakfast program, which launched in 2011 at CHS is now available at every middle and high school in the district.

“It has been found that students who eat breakfast perform better in school,” says Comal ISD Wellness Coordinator Kimberly McKinley, “so we want to ensure that each student has access to breakfast regardless of what time they get to campus.”

Second Chance Breakfast does just that. Served either in the cafeteria at campuses which have a centrally located cafeteria or via food carts, which are pushed along the hallways, this optional breakfast occurs between the first and second periods of the day. This also appeals to students who have an athletics or physical education class first period and find themselves in need of a little extra energy boost to get them to lunchtime.

“We have found that many older students just aren’t hungry when they first wake up,” McKinley says, “and they prefer to eat after their first class. In addition, some students are not able to make it to school early enough to take advantage of the first breakfast so this is a great way for them to have breakfast.”

For students such as Church Hill Middle School seventh grader Emilee Spriegel who doesn’t care much for an early morning breakfast, Second Chance Breakfast comes at just the right time.

“I try my best not to miss Second Chance Breakfast,” says CHMS seventh grader Mia Gonzalez. “My favorite is the banana bread.”

On a daily basis, Comal ISD serves an average of 1,047 traditional breakfast meals throughout its secondary campuses and an additional 1,300 Second Chance Breakfast meals.