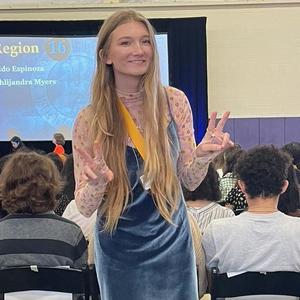 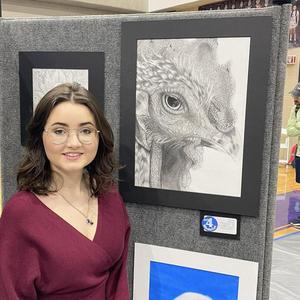 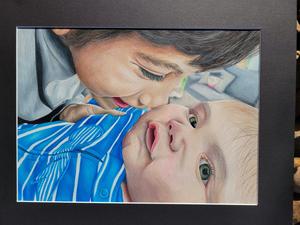 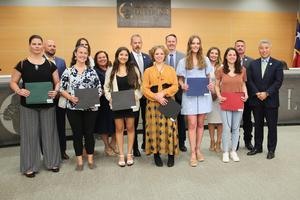 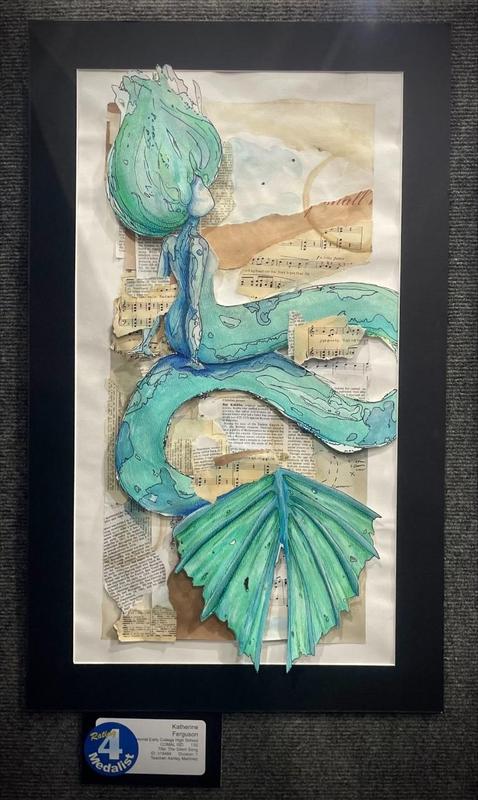 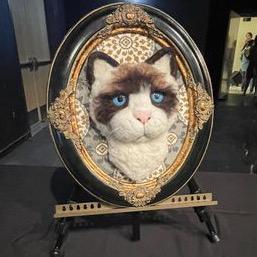 These students earned these accolades through TAEA art contests which are offered at every grade level with elementary students competing in the Texas Elementary Art Meet (TEAM), middle school students in the Junior Visual Arts Scholastic Event (VASE), and high school students in High School VASE.

In the High School VASE contest, Canyon Lake High School’s Starla Szopinski received the coveted Gold Seal for her artwork, only the second in CLHS history to earn this distinction. Three student artists received a “Rating IV” which is the mark of an exemplary work of art and received state medallions and were named “All-State Artists.” These students include Brooke Hastings from CLHS, Kate Ferguson from Memorial Early College High School and Priscila Velasquez from MECHS.

In the elementary contest, three students from Clear Spring Elementary received the “Top of the TEAM” award which places them in the top 10 percent of entries. These students include Emery Torres, Heidi Spaeth and Khloe Reininger.

-This original artwork was submitted by Memorial Early College High School student Priscila Velasquez who was named an “All-State Artist.”

-The Comal ISD Board of Trustees recognized this year’s VASE winners during the May board meeting.